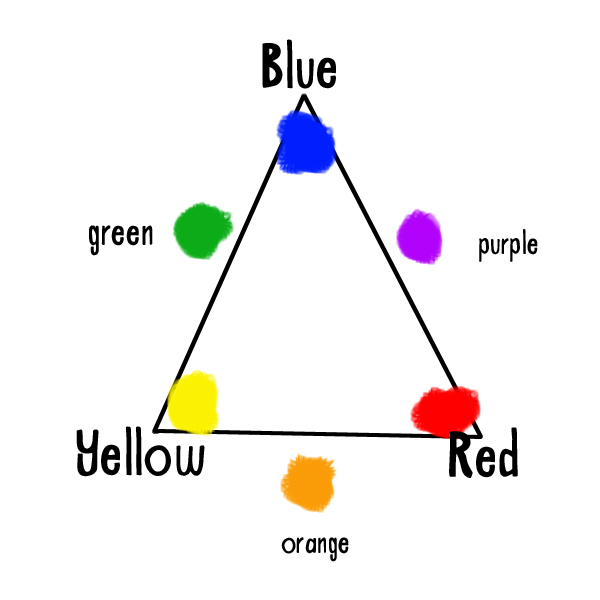 The color wheel is the easiest way to show how colors run into each other, but not the simplest way to break apart colors.  If  having trouble understanding and using color, the biggest trick I have learned over the years is to forget about the “color wheel” all together, and start thinking of color in a triangle.

The first person to really break down color scientifically would be Isaac Newton in about 1672. Color is not an object. Color is light. When we see an object as a certain color, what we are really seeing is that object reflecting light that our eyes pick up on as that color. In the study he released at that time he used a prism to take a single ray of white light and break it into the colors that we know as the rainbow. Red, Orange, Yellow, Green, Indigo, Violet, also known as ROY G BIV, and as the color spectrum.

The first color wheel drawn from Isaac Newton’s color theory was done by artist Boutet and it looked like this: 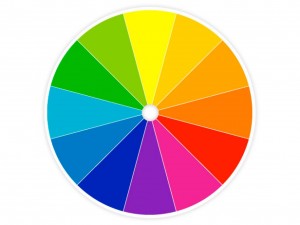 What happens in the prism and where did the circle come from? 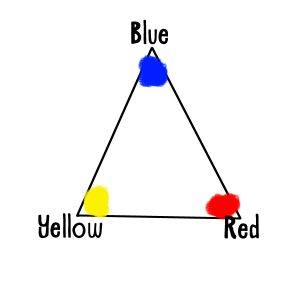 The triangle, acting as a prism would shows how color is broken apart to create another, whereas the circle represents how the colors fall together after they’ve been fragmented away.

The white light enters the middle of the prism, and the prism shatters the beam into the three primaries. These three colors are going to naturally act as if they are all polar opposites of each other and will isolate themselves as far away from each other as they can in the corners.

The beam of light does not want to stop traveling and follows the edges of the prism. When the two colors hit each other in the middle of the line they stop each other, mixing together creating a new color, such as orange, green, and purple. If you were to think of it as a game, and each color its own piece, red could only move to yellow or blue, and same with the other two corners. 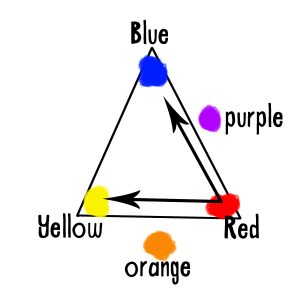 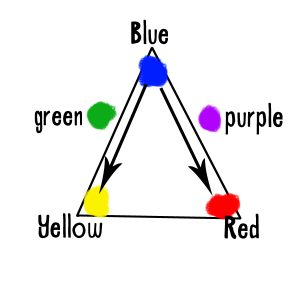 Colors cannot cross the triangle to make a new “simultaneously contrasting
color,” the theory that some colors compliment each other by appearing just as bright as the one it is next to. Across the triangle is that colors opposite.

To neutralize the color, mix in opposite colors. Also known as “mudding” or “mucking.” If intentions are to “dull” a color, then  slowly mix in the colors opposite until reaching the desired color.  Below you will see that to Yellow’s opposite is purple. Red’s is green. Blue’s is orange. 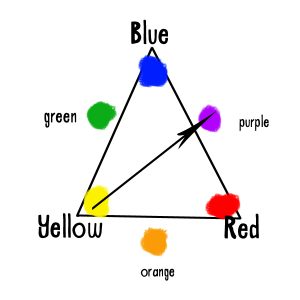 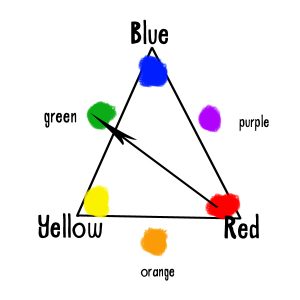 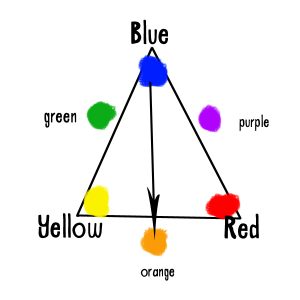 This is a demo store for testing purposes — no orders shall be fulfilled. Online Store Re-opening soon! Dismiss