0
was successfully added to your cart.

“I want to be IRONMAN for Halloween” 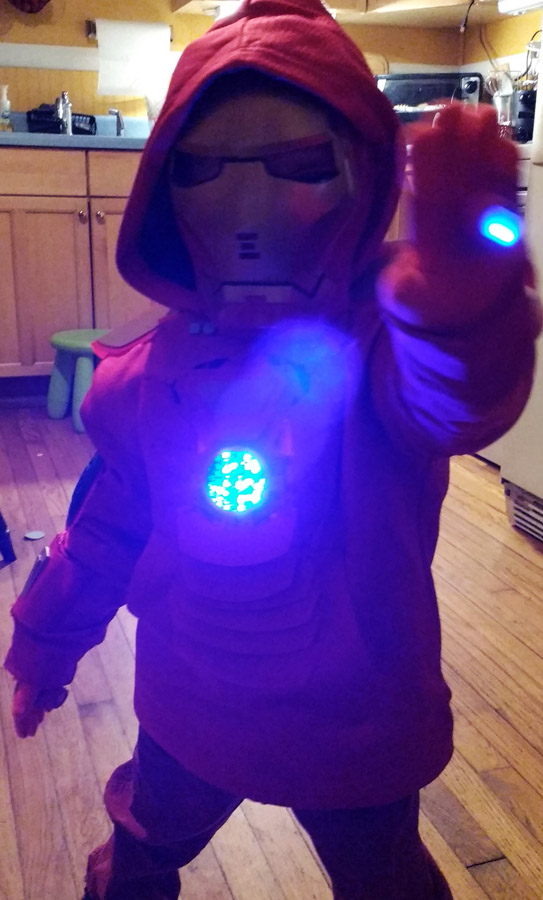 When I was a kid I would have these amazing Halloween costumes, and we would get on our neighbors hay ride to go trick or treating (true story) and it was FREEZING, and we found ourselves dressed for winter hiding our cool costumes. When I make a costume, I try to make it functional, cool looking, but also warm so when we are finished, he doesn’t have to hide it with a jacket. All the pieces we print out, get sewn on to a red hoodie one size bigger than he is for the room needed to sew on pieces and hide wires, but also so I can layer warm clothes underneath. 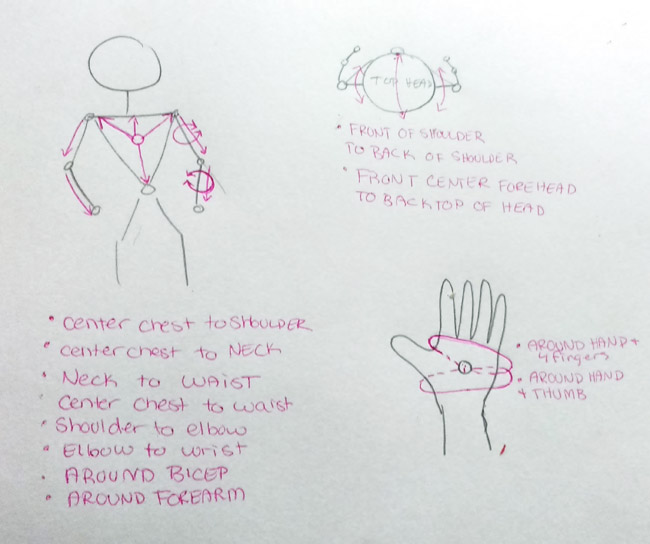 With any costume, the first step is measurements. Four year old’s are small, after a few quick measurements I realized that printing out these pieces on the printer is completely practical, so I started sketching out practical shapes that could make up the different parts of armor. After a few quick prints of some of the first versions I realized that this costume has to be done in pieces so that he could move, and also they have to be sewn on securely so that the corners and edges do not become unsafe while running through neighborhoods.

We printed this project on our Robo3D, using red PLA filament. Most of this project was printed at a high resolution. Color is my thing, and I have a pet peeve about red being RED, and unfortunately true cadmium red doesn’t exist in filament yet. The red you get is what I call “construction paper red” and its weak and paler than what I want, however it’s a great base to start with. 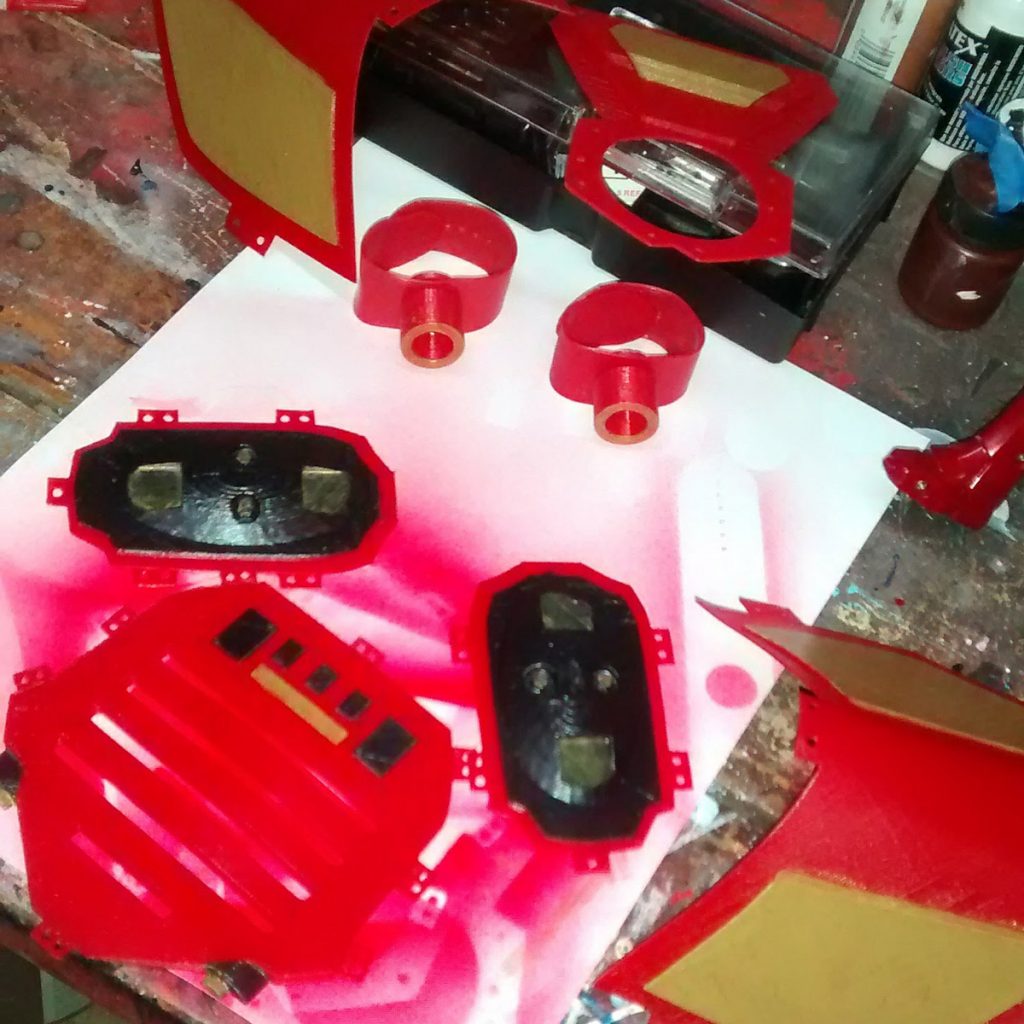 If you are painting 3d models, you have to check out the paint Auto Air. This is not a paid ad, I have personally spent thousands of dollars on their paint in the last 15 years. This specific paint is used for airbrushing on cars, helmets, motorcycles, golf carts, snowboards essentially any non-porous surface. It has an amazing ability to adhere and not peel off of plastic surfaces even with masking layers. It also has the ability to flex.  It’s safe to use because it is non-toxic and it is water-based. It can me atomized and you do not need a respirator to prevent VOC exposure because there are no VOC’s in this paint. I can spray it in the basement of my home without worrying about my son or the animals being exposed. This paint is meant to be sprayed, however I use it with a paint brush all the time. I sprayed two coats of sparklescent red on top so it has that micro flake the “real” ironman has, while richening the dull color. I didn’t have the time, so I had to fight the urge of hitting these print outs with a high build primer and wet sanding them with 400 to get rid of the printing lines.

Tinkercad is great, and even though I am sure I could have made the above shapes directly in Tinkercad, its much quicker and easier to create vector images of the shapes I wanted in Photoshop first, convert them to SVG files, and then import them into Tinkercad. This allowed me to create a more complex shape much faster. Once imported into Tinkercad, I use the “hole” feature to shape angles and contours. I duplicate, cut and shrink the parts to create panels on top. The shoulder pieces and the arm pieces I printed as flat 1 mm thick  at melting points with panels on top in the front and back. I’m not trying to make anything round. Very simplified. I can’t stand using rafts and supports. 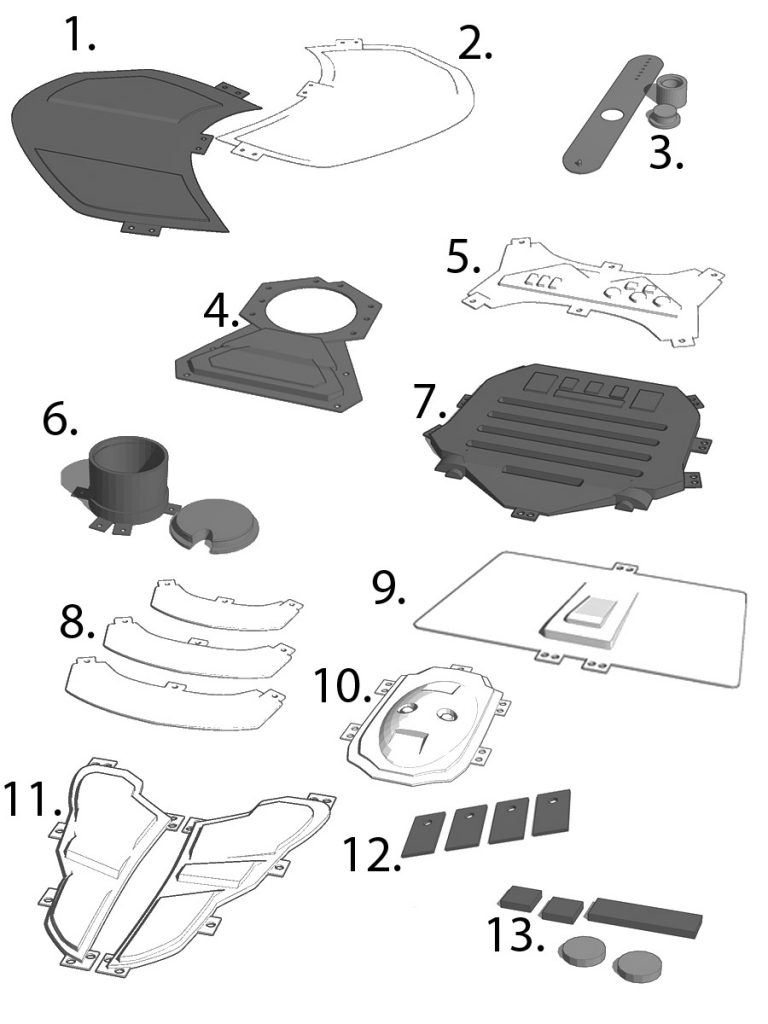 I did not print this. You can get the mask on amazon, and it came originally with the strap behind the ear and light up eyes. My son wears very thick glasses and depends on them to see, so as much as he loved it, he couldn’t wear it. I thought about printing it up but it was 3 weeks into October and we were still waiting on filament we ordered a month before. 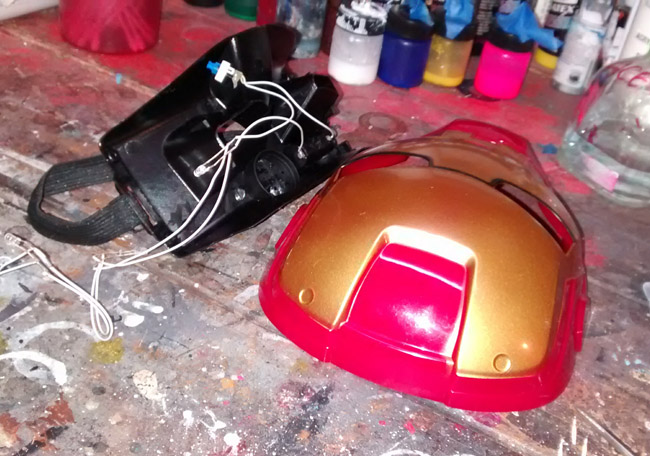 I cut the strap and took a screw driver to the screws holding in the light. I noticed the plastic around the eyes that illuminates was white and the lights were blue. I threw away the white piece, pulled the lights out and took my sauntering iron with a razor on the end and cut the battery pack out of the plastic so I could save the lights. Next I took the plastic tabs I printed (#12) and melted them onto the top of the mask so the hole ends are sticking out. I sew the mask into the inside of the hoodie so that when he has the hoodie on it hangs in front of his face so he can still wear his glasses. This also makes it much easier for him if he doesn’t want to wear it, he just takes the hoodie off and it sits on top of his head. These tabs secure it nicely but hes four years old, so just in case I also seal this sewing with a glue gun. 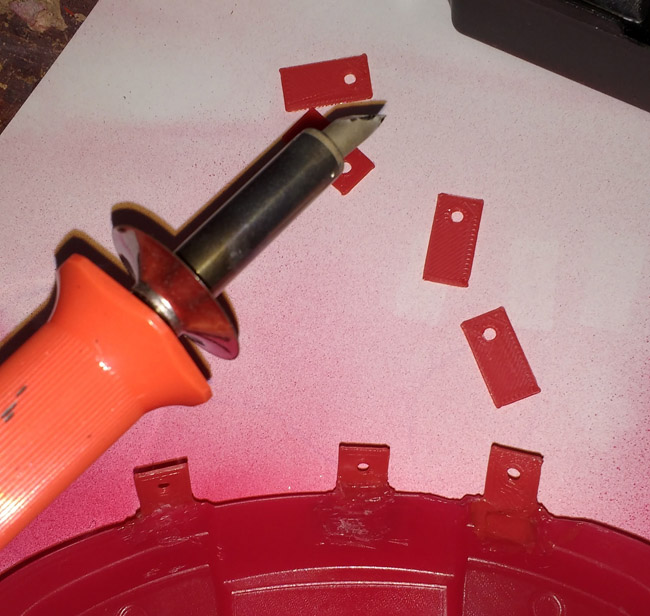 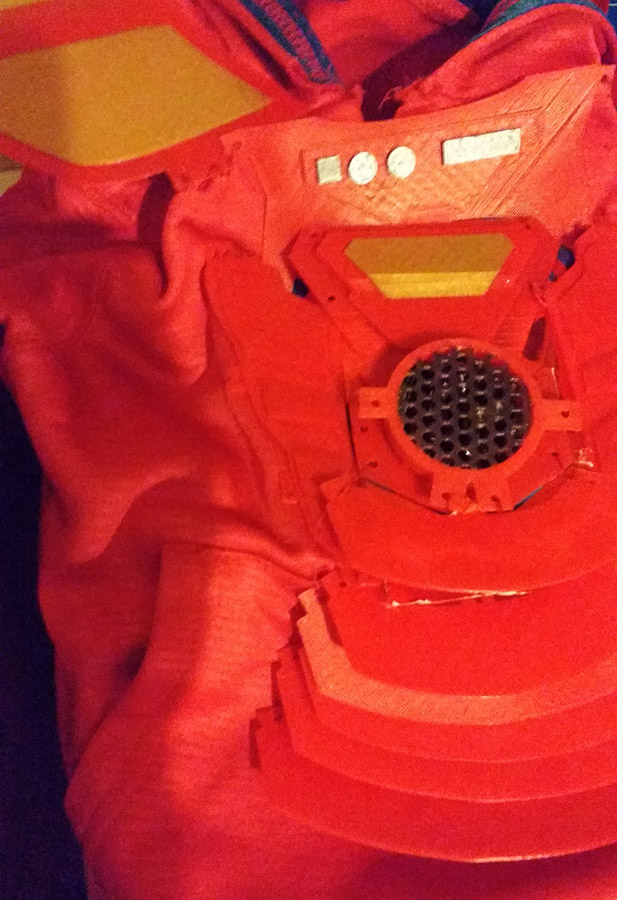 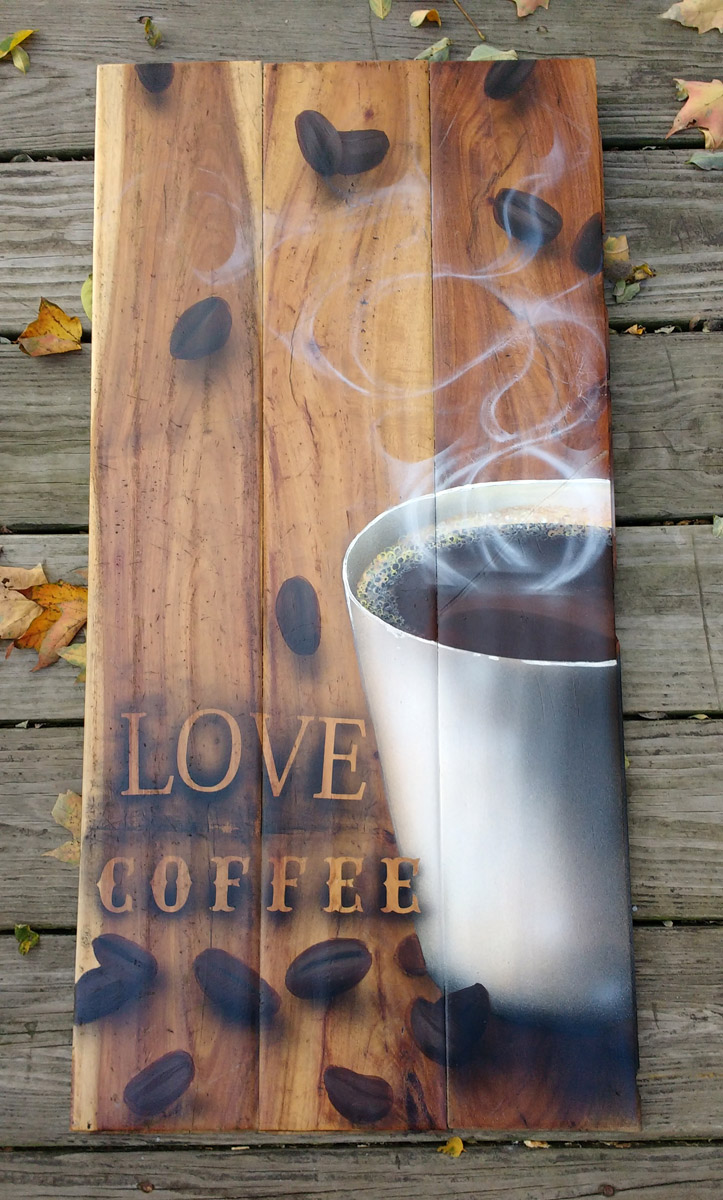